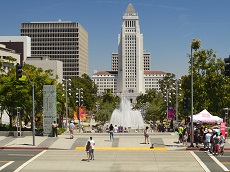 Next Step Systems helps Los Angeles California area businesses identify qualified IT candidates to fill open full time permanent positions. We are recruiters for Los Angeles California area companies. We have been successful in placing IT professionals in satisfying and rewarding careers. We are long-term partners who take the time to thoroughly learn about your business, hiring needs and culture. We find long-term Information Technology employees for you.

Cities in and around the Los Angeles area that we are active:

IT recruiters for national clients.