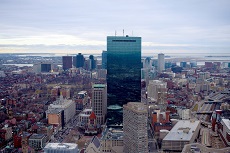 Our Information Technology recruiting firm, Next Step Systems has been placing information technologists in rewarding and challenging careers in the Boston MA area since our inception in 1995. We are recruiters for Boston Massachusetts area companies interested in finding long-term employees with a passion for technology and a desire to grow and expand their skill set. For employers, let Next Step Systems help you find the high caliber of IT talent that you desire and for job seekers, let us be your partner in finding your next IT position.

Cities in and around the Boston Massachusetts area that we are active:

Example of information technology job titles in the Boston area:

Boston is a thriving port city. The Boston area’s many colleges and universities make it an international center of higher education. Boston is considered to be a world leader in innovation and entrepreneurship with nearly 2,000 startups. Boston has the highest cost of living in the US as it has undergone gentrification though it remains high on world livability rankings. The Fig Newton was named after a Boston suburb, Boston has the oldest public park in the US and the very first Dunkin Donuts and chocolate factory were located near Boston. Boston is home to the New England Patriots, Boston Red Sox, Boston Celtics and Boston Bruins.